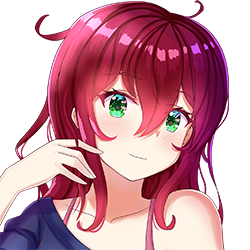 Let's first of all start off with Alipoodle. Alipoodle is my online Alias I liked to go by. I've used it since 2003 when I made my first email.
Some of my hobbies include Playing online games, such as osu! and Rocket League, which I like to stream on Twitch.tv; Playing Drums, which I had learnt since around 2011 and have played at my church for some of their serivces; and finally I like to code, that includes this website and one of my more well known projects ShadeBot which is a Moderation and Management bot for Discord.

Towards coding I started out doing Visual Basic and HTML/CSS back when I first started Secondary School (High School, Freshman for you Americans). Here's where one of my first projects started out with one of my school friends GreenTurtwig which was called osu!info, however I didn't understand how Git worked very well back then. I was then introducted to the Github Education pack, which allowed me to have my own website for a year, this is when I got more into coding for websites and made my first website. It wasn't very good. This is more or less when I started to make a few custom CSS edits to webpages I liked. Google Play Music Desktop Player, a program for the Web based Music service Google Play Music had created a new feature allowing for custom css, and was went I decided to make a remake of the Chrome Extension Play Midnight which was a Dark theme with a Custom Accented colour of Google Play Music. I decided to recreate a similar style of it for Google Play Music Desktop Player called GPMDP Mightnight Accent.
I eventually got intrested and chatting on Discord, which had an amazing to use API. This later made me create a Discord selfbot (a bot running under a user account.), this allowed me to get used to creating commands for fetching the information from my Music and post it in chat. I later decided to help one of the communices I've been on for a while, and help automate some of the simple processes like the simple Password welcoming system, and the creation of ShadeBot came around. I have recoded ShadeBot around 3 times, from the large amount of if(message.​content.startsWith​(prefix + "command")) I had used in my first creation of ShadeBot. Later I had changed it to more of a command engine, which was still all located within one file, until I finally found and edited a multi file command enigne. Eventually I decided to make ShadeBot a little bit more of a open and avaliable, so I started to make ShadeBot possible to be used on multiply servers with each server having their own config, allowing for custom prefixes, welcoming messages and more. I still love coding and working on ShadeBot and hope for ShadeBot to become more of a full bot, which lots of people will eventually use.

I've done a few additional projects such as helping out a CirclePeople (an osu! reply youtube channel) build their website! I created a consept design website here, however a similar template was used instead. I was still one of the main devs of the website and a page was created for those in the community who helped out with the website. This website originally got around 20,000 vists each day, totalling to around 1.3 million views as of mid march, and the site is getting around 10,000 views each day. We had even hit 3rd in the Google Search for "osu skins" only beaten by the offical forum page, and a site named osuskins. Although the website may no longer be up and functioning due to problems which had happened with hosting